Ever received a suspicious SMS with a link? Here's how to determine whether the link is just spam or something more nefarious.

Imagine being on vacation and receiving this SMS shortly before your flight home:

Imagine being on vacation and receiving this SMS shortly before your flight home: 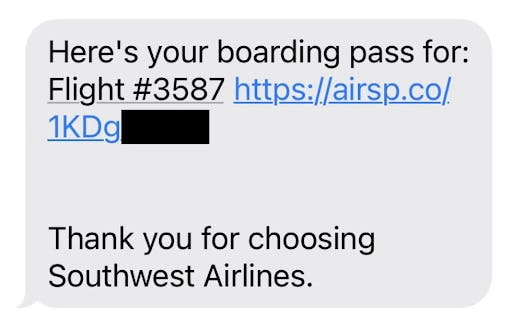 But you didn’t check in online… You’re not flying Southwest… And what’s up with that URL? We can inspect the link using Android or a jailbroken iOS device, along with some of Corellium's built-in tools.

We’ll start by using the built-in Network Monitor. Using a virtual device with a proxy, such as Burp or Charles, will be covered in a later post.

You will need a virtual device. If you haven't already, check out our Quickstart for Android article.

Before loading the browser, make sure you enable the Network Monitor to capture the traffic.

Captured HTTP and HTTPS traffic will appear in the Overview panel next to the device. Click on any of the captured packets to view more information, including the request and the response. 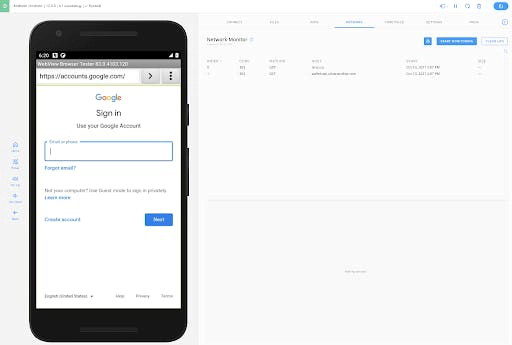 The Network Monitor captures two packets when loading the URL. (Note: starting the browser resulted in the Monitor capturing a handful of packets before we entered our URL. We cleared the log first to create the screenshot below.)

Entry #1 looks pretty interesting! Click on the packet to view the request.

The request goes to “wallet-api.urbanairship.com” and takes us to a Google sign-in page. The response includes “pay.google.com”, which belongs to Google’s digital wallet platform.

If we Google “wallet-api.urbanairship.com”, we find a link to Airship's Wallet API. There’s also a Reddit post stating Southwest Airlines uses a third party to deliver mobile boarding passes. And Airship confirmed on Twitter that the “airsp.co” link is legitimate. 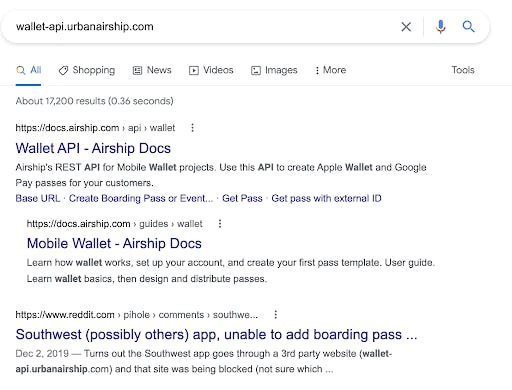 If we load the URL on a jailbroken iOS device (just to compare), Safari says it “cannot download this file.” Here’s the response: 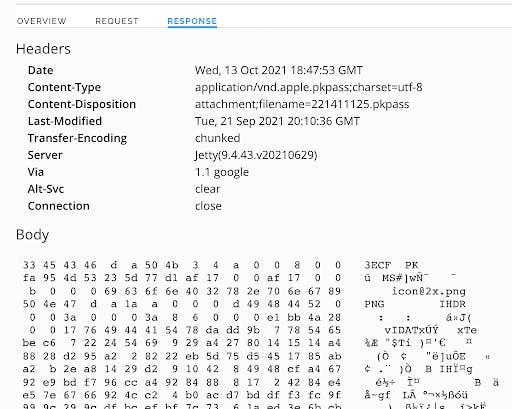 If we Google “vnd.apple.pkpass”, we find a link to Apple’s Wallet Developer Guide.

All these different breadcrumbs point to the SMS and link containing a legitimate Southwest boarding pass… It’s not ours, but probably the result of someone mistyping their phone number. At least it wasn’t something nefarious!

A Note about Virtual iOS Devices

Certain applications, including Apple Wallet, aren’t supported on our virtual iOS devices. This is why Safari could not “download this file.” On a physical iOS device, clicking the link causes Apple Wallet to load the boarding pass.

Get started with Corellium

Let’s revolutionize your development work through the power of virtualization.

Get in touchRequest a trial